«A very long time ago, there were no groves because everywhere was a grove with no roads to bisect and no people to erect stones and fences and bridges. The trees were very, very young and had much living ahead of them. The enormity of their lifespan loomed in wooly mists around them, so they stretched out their root fingers and wrapped them around each others’, intertwining and holding very tight. The ferns found pockets of root fingers where they could nestle in and the moss stretched itself out over the soil and everything became very soft. The trees grew and made patterns of light and dark on the ground and the vines swirled in to trace the patterns. Spotted spiders moved back and forth and up and down, making nets to catch the mist, and the mist would linger on the nets in drops that cupped the light. It was very quiet all the time because the trees needed to focus on their lives. It is not easy to grow so much, for so long. Some trees became tired and lay down on the soft ground; others leaned and rested their tops on another. Growing is forever, they whispered, and when one tree had to stop, another would grow out of it and reach very high into the grey and gold sky.

The trees rested and waited to the mist to come and cool them. They were very large, but still not very old, and had much more growing to do.» 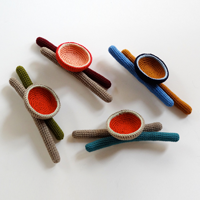